Full motion digital out of home screens are effective in garnering audience attention and are considered 3X more impactful than traditional static sites. In addition to this, programmatic capabilities further enhance the overall effectiveness of digital out of home screens for brands, making them addressable and automated. As technology improves and better-quality screens are produced newer ways of capturing audience attention are also being incorporated into the DOOH ad space through the extra-sensory feature.

Extra sensory or multi-sensory feature is basically the addition of any component beyond the norm i.e. something audible, scent or taste based or even touch based (interactive). It could be the use of any of the senses that help increase or retain audience attention towards brands on DOOH screens for a longer time, subsequently increasing awareness and intent.

Adding sound, sight and touch elements can create an even more powerful, fully immersive multi-sensory experience. Brands enhancing campaigns with the use of one or more senses are more successful in grabbing audience attention as they bring in an element of surprise and add a unique dimension to OOH advertising.

Sound is the second most impactful and widely used element in marketing. Sound as a sense is also easiest to integrate in any campaign. The most common way of integrating the sense of sound with Digital out of home is the use of speakers (in built or external) when it comes to reaching the masses. A more personal connect can be created by use of headphone jack or some similar sound equipment for one on one interaction.

Out of home audiences have an active mindset and this is at its peak especially during commute. Hence visuals backed with the sense of sound in transit media can bring about some far-reaching effect on certain brand metrics. This coupled with programmatic technology takes the campaign to a whole new level.

The sense of sound can be amplified further using Programmatic DOOH allowing advertisers to connect with the right set of audiences. For example – depending on the train schedule the brand can activate a specific language based creative to talk to people who’ve just arrived in a train from TN.

Apart from transit media, sound can be used in different environments and for different purposes. Consider using sound to promote movies, Music Apps, OTT platforms, Automobiles etc. Some brands that are recognized bu a distinct sound itself like e.g. IPL Trumpet, MI ringtone, etc. can take this experience to a new high. 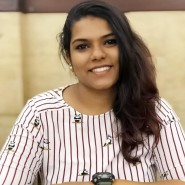 Merlin Coutinho a Marketing Specialist for Digital Media Tech Startups and Brand Strategist currently works with Lemma heading their Marketing efforts. A Digital Media professional for over 9 years she has profound knowledge on what attracts the digital media folks and brands and applies this to her work in writing blogs & guest columns making it each piece of work an interesting read.